Everything You Need To Know About IUDs 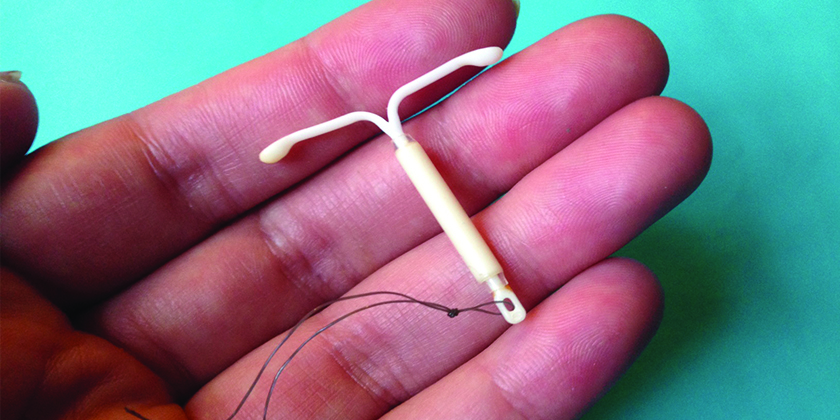 Making the decision to change up your birth control can be an empowering, but also a confusing and stressful decision. You’ve heard about the IUD, but what is fact and what is fiction?? Let’s go through step by step to see if an IUD is right for you.

How Does An IUD Actually Work?

There are currently five types of IUDs on the market. The ParaGard is a non-hormonal copper IUD, while the Mirena, Liletta, Skyla, and Kyleena are progestin-based hormonal IUDs. Each will have a different set of side effects, but the general concept is relatively the same. To start, the IUD, or intrauterine device, is inserted through the vaginal canal, past the cervix, where it is placed in the uterus. The IUD will thicken the cervical mucus so sperm cannot enter the uterus to fertilize an egg. If some particularly strong swimmers are able to get past, the active ingredient in the IUD makes it difficult for them to travel towards the egg.

How Effective Is The IUD?

To make a long story short, an IUD is the most-effective non-permanent birth control option available today. Though each of the five IUDs may vary slightly, all are at least 99% effective at preventing pregnancy. But if they all seem the same and are similarly effective, which one do you choose?

The Mirena, once known as the gold standard in IUD technology is still one of the most-prescribed devices today. Above being over 99% effective at preventing pregnancy, Mirena is also approved for treatment of menorrhagia, or heavy menstrual bleeding. Within the first year 20% of women see their periods stop, as do a third of women who wear it longer. Currently, Mirena is good for up to five years, with some studies suggesting it could be good up to seven.

Though pharmacologically it is the same as the Mirena, the Liletta is a more cost-effective option, usually around $50 per device. It produces the same amount of progestin as the Mirena, but is only effective for up to three years.

A smaller device that releases less progestin on a daily basis, but is essentially no-less effective. Skyla is specifically marketed to women who haven’t yet had children, making it more appealing to those with a smaller cervix. Few users stop getting their period after the first year, and only 12% of users’ periods stop after three years. The Skyla is effective for up to three years.

If you’re looking for a hormonal option a little stronger than the Skyla, but not as strong as the Mirena, the Kyleena is your option. 12% of women stopped having a period after the first year, while 20% experienced no periods after year three. The Kyleena is good for five years.

What Are The Benefits of the IUD?

The number one thing that women love about their IUD is the get-it-then-forget-it aspect. There is no need to remember to take a pill every day or change a ring, patch, etc. at different times. Other great benefits include:

Are There Any Side Effects With An IUD?

Like with any medication, there are some side effects with the IUD. Usually, these side effects are rare and disappear after 3-6 months. Some of the immediate side effects you might find are:

These symptoms can be treated with regular pain medication, but if they continue to get worse, let your doctor know to decide what the next step should be.

Talk to your doctor if you’ve had any of the following as an IUD might not be your best option:

If you have more questions about which IUD (if any) is the right choice for you, schedule an appointment with us by calling (305) 274-3130. You can also make an appointment online at miamiobgyns.com.