When Is the Optimal Time for Cord Clamping? 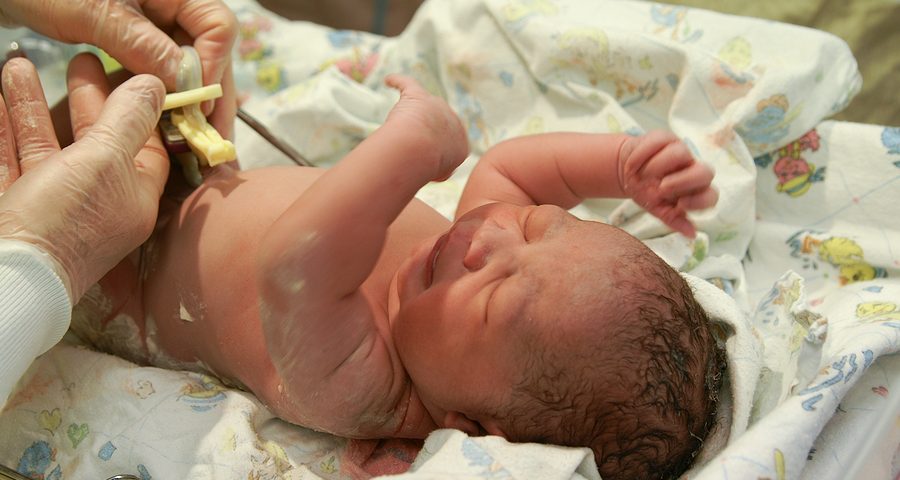 The birth process from conception to the day you come home with your sweet bundle of joy is full of milestones and stages. While the overall process is close to a year there are numerous fine details along the way to consider. One of the fine details being to find out when optimal cord clamping is for both the mother and baby.

Birth and delivery is generally categorized into 3 stages. The first stage being  from the onset of true labor until the cervix has completely dilated. The second is from complete dilation until the baby is born and the third and final stage refers to the delivery of the placenta.  Between the second and third stage is when the umbilical cord is clamped and cut.

The optimal time to clamp the umbilical cord is what is in question.

Some believe that immediate clamping is best while others believe that it should be delayed since the cord is continuing to function in transferring valuable nutrients and oxygen until pulsations have ceased or until after the placenta is delivered.

The argument to wait is based on research that shows that when babies are born the cord and placenta still contain about 30% of the baby’s blood. They claim that delayed cord clamping (DCC) is beneficial to both the mother and child as it avoids disrupting the “normal” birth process.

Studies in full term infants (37 to 42 weeks) have shown that DCC allows more blood to pulse from the placenta to the newborn, carrying with it an additional 30-35mg of iron. Pro-DCC experts explain that while the cord is pulsating the baby is able to complete its transition to life outside the womb by receiving this increased blood volume along with oxygen and nutrients directly from his/her mother.

This additional blood can decrease the incidence of anemia at birth and through 2-3 months of age, and may be particularly advantageous for breast fed infants who are not supplemented with iron or formula. The most beneficial group for DCC is preterm infants who have less anemia and blood transfusions after DCC.

They also point to DCC as a way to avoid complications with delivering the placenta by keeping the mother-baby unit intact until after the delivery process is complete.

While these benefits are not to be dismissed, there are some experts who point out concerns with DCC that should be addressed as well. The most well known of them being the increased risk for jaundice and the need for phototherapy in full term infants. Another concern pertains to babies with a higher risk of polycythemia, a condition where the level of red blood cells is too high. This risk is pertains to populations such as gestational diabetes or intrauterine growth restriction (IUGR).

Other concerns include cases where a baby requires immediate resuscitation procedures, although there are some pediatricians who feel comfortable performing some of the procedures at the bedside, while allowing for DCC.

In the greater scheme of things this 2-3 minute time period may seem small, but there is much controversy surrounding DCC, which is why it is advisable that each patient discuss delayed cord clamping with their obstetrician or midwife to assess if it’s right for them.